2 Recycle or Not 2 Recycle 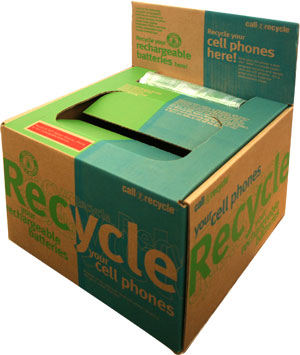 There is a large misconception of what happens once something is placed in the
trash. Most people think that you are able to put anything that you want into the
trash can and never think about it again. The truth is that almost anything you
can put into the trash can can be recycled, including batteries.

Fortunately a movement has began and public awareness is increasingly growing.
Recycling centers are being built and drop off centers are becoming more popular.

Is My Battery Recyclable?

All chemicals are not created equal. The 3 major pollutants are mercury, cadmium and lead. When these types of batteries are introduced into the landfills they now able to be release into our air, water and soil causing serious health problems for humans as well as harming the earth. Mercury is especially dangerous when introduced to bacteria common to landfills. The mercury and bacteria mix causing a gas called methyl mercury. Although laws have been passed stopping the production of batteries containing mercury, that still does not fix the problem, it only slows it down.

Interestingly enough, you can drop of batteries almost anywhere that sells a
form of batteries. To name a few: Radio Shack, Office Depot,
Circuit City, Lowe's, Home Depot and so on… BatteriesInAFlash.com is now proud to announce that we have joined the ranks and are able to help you recycle your rechargeable batteries. If you are not located in Las Vegas, you can find you local recycling center by using the website Call2Recycle