The Battery - A Technology Older Than You May Know 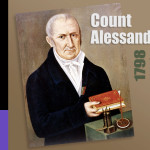 How old do you think the invention of the battery dates back? Most people have no clue how an invention from over 2000 years ago adversely affects their life today. How much do you know about this revolutionary power source? Watch the video by BatteriesInAFlash as we discover the history of the battery.

The Baghdad Battery – Over 2000 Years Old

The Baghdad battery was discovered in Iraq by Wilhelm Koniq. He made the discovery in 1938 when he was Head of Baghdad Antiquity Administration. The pottery jar contains a copper cylinder and inside of it was an iron rod. The electrolyte was assumed to be wine, lemon juice, grape juice or vinegar. He originally speculated that it was used for electroplating however that interpretation today is now generally rejected.

An Italian physicist Count Alessandro Volta invented the first true voltaic pile battery in 1798. His original inspiration came from Luigi Galvani, a professor at the University of Bologna. The battery consisted of a pile of zinc and copper alternating discs separated by solution of acid soaked cardboard. The term “volt” was derived from Alessandro Volta in honor of his accomplishment

The voltaic pile was improved upon by John F Daniell. In 1868 George Leclanché took the battery a step further by designing a wet cell. Similar to the voltaic pile by suspended in a container of acidic solution instead of just containing the soaked separators.

The Dry Cell – Led to Invention of the Flashlight

This battery is basically what lead the way to mainstreaming the technology into the future. In 1888, Dr. Carl Gassner produced the dry cell. This battery was important because it did not suffer from the same setbacks as the other predecessors. This battery did not leak or spill, allowing it to be used in any orientation. This break through lead to the invention of the first electric hand torch in 1898. Today we know this product as a flashlight.

Lithium Batteries – The Cadillac of Batteries

As I have shown the battery’s history is deeply rooted in time. The first battery usage is still unknown, leaving the question. What was the first battery being used for and what did they know that we don’t?