How Sweet It Is: Sugar Powered Batteries 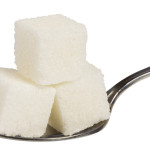 Scientists at Virginia Tech have announced a new form of battery in development that is powered by, believe it or not, sugar. This new battery may solve many problems traditionally associated with batteries such as inefficiency, waste production, and general cost of use. It is also possible that these batteries could be widely used in households within just a few short years.

Sugar is a natural storage compound which is capable of storing relatively high amounts of energy. Just think about the energy boost you feel after consuming a big candy bar or a sugar-filled can of soda. Researchers at Virginia Tech have been able to generate a high-density fuel cell capable of creating energy generated from, yes, sugar. This reaction creates a battery that is stronger, longer lasting, and better for the environment. It is also theorized that this type of battery would be sustainable over a long period of time, as the battery is refillable. More sugar can be added without losing any fuel efficiency in the process – much like filling up a car.

If sugar powered batteries were to replace traditional batteries the average consumer could see immediate benefits. Sugar powered batteries could theoretically last much longer than normal batteries before needing to be recharged, which would lead to prolonged usage of battery-powered devices. Since the sugar batteries are also refillable, this would dramatically cut down on the cost to buy batteries and the amount of waste produced by their consumption.

Conducted at Virginia Tech, this project is part of a longer study by the U.S. Department of Energy. They are currently in the second year of a five-year study in order to find a solution to extending the lives of batteries. It’s quite possible that sugar powered batteries is the answer that they have been searching for: researchers at Virginia Tech are confident that these batteries could be in wide use as early as three years from now.

Sugar powered batteries are an innovation that could have a dramatic impact upon battery users in the near future. These batteries do away with traditional need to constantly replace batteries, and could drastically cut down on overall waste production. These batteries are also reported to last longer and produce more overall power. It is possible that they will be a major influence in battery technology and revolutionize battery usage.