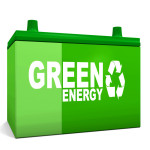 Tesla Motors, Inc. announced plans to build a $5 billion battery factory that will power its line of popular zero-emissions electric automobiles well into the next decade. However, the company, based in Palo Alto, California, shocked in-state politicians and workers by insisting that the new plant will not be built in the Golden State. Shares of Tesla hit a new high after the announcement.

An auto analyst with Morgan Stanley said that Tesla could become the largest manufacturer in the world of Li-ion batteries. That projection is based upon what the company will use for its own automotive needs.

The plan calls for Tesla to manufacture batteries from raw ore rather than assembling batteries as components; a move expected to significantly cut down on the cost. A looming battery shortage is restricting greater sales of the eco-friendly cars, according to previous company statements.

An analyst at Edmunds.com told the New York Times that the price of its vehicles needs to come down in order to cast a wider appeal for new buyers, and cheaper batteries will make that happen. Building batteries at its own plant will give the company a firmer grasp on the cost and supply. Tesla’s chief executive, Elon Musk, wrote in a report that “we feel highly confident of being able to create a compelling and affordable electric car in approximately three years.”

The Model S sedan, which currently sells for $70,000 to $100,000, is a symbol of eco-luxury for California elite with about one-third of all these vehicles sold to Californians.

Initial plans call for constructing a manufacturing plant that would sprawl over 500 to 1,000 acres. Employment for the plant could be as high as 6,500 people. The company, in a statement, said it plans to build the facility somewhere in Southwestern U.S. The states in contention include Texas, New Mexico, Nevada and Arizona. The completed batteries would thenbe transported to an assembly point at Fremont, California. It’s expected that Tesla will manufacture a sufficient number of batteries to outfit 500,000 cars per year by 2020 with the ultimate goal of producing a $35,000 vehicle.

Land and Labor Costs Too High

Although California is in love with Tesla vehicles, it appears that that love is unrequited. The company gave no reason for snubbing the state. A report in the LA Times speculated that California land and labor costs are too high, according to the former chief honcho at the state’s Employment Development Department. It’s also believed that Tesla wants to move to a new location in order to spread the love of electric cars to other areas.