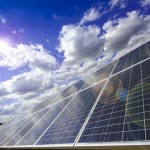 Solar Panels come in many shapes and sizes from many manufactures.

While the industry was once dominated by just a few manufacturers, there are now dozens of companies vying for market share. Here are some of the leading photovoltaic manufacturers:

Panel efficiency is one of the largest concerns homeowners have when shopping for solar panels. Because they have limited roof space, they want to generate as much power as possible. The Kyocera KD315GX-LPB generates up to 315 watts of electricity per panel, which makes it one of the most efficient panels for its size.

With 16 percent solar efficiency, it outperforms every other panel on the market. While it costs slightly more than similarly sized panels, its extra efficiency ends up saving money in the long run.

The Canadian Solar CS6X-305M comes very close to matching the KD315GX-LPB’s performance. The CS6X-305M features 15.9 percent solar efficiency and generates 305 watts of electricity per panel. For those homeowners looking for a high-end panel at a mid-range price, the CS6X-305M can’t be beat.

Most photovoltaic manufacturers sell small panels that generate 250-300 watts. The Grape Solar 390W is significantly larger than other panels and weighs about 60 percent more than the CS6X-305M. However, its larger size allows it generate far more electricity than other panels.

At 390 watts, Grape Solar’s newest offering is the single most powerful panel available on the market. It comes with a 10 year product warranty, and the panels are also guaranteed to remain 80 percent efficient for at least 25 years. However, the solar industry is rapidly evolving, and many solar manufacturers may not exist 25 years from now.

The next two panels are nearly identical in performance and cost, so they’re essentially interchangeable. The Suntech STP255S-20/Wdb requires almost no maintenance and generates 255 watts per panel. Its 15.7 percent solar efficiency rating is still near the top, and each panel costs just $270.

As one of the smaller manufacturers, Suntech doesn’t have the most robust customer service system, and homeowners and solar installers alike have reported experiencing difficulty contacting them. Unlike other manufacturers, Suntech only guarantees 80 percent panel efficiency for 18 years. However, the STP255S-20/Wdb’s performance makes up for some of the company’s shortcomings.

The Samsung LPC250SM is slightly less powerful at 250 watts with a 15.62 percent solar efficiency rating, and it’s more expensive. However, Samsung guarantees 80 percent solar efficiency for a full 25 years. Samsung has been around for decades and manufactures a wide range of consumer electronics and appliances, so the company will likely be around in 20 years to replace and repair defective panels.

The LPC250SM is one of the more durable solar panels available. It’s rated to withstand hailstorms and winds exceeding 50 mph, both of which can cause significant damage to more fragile panels.