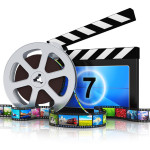 That we have truly entered the information age is perhaps most apparent in Hollywood, where technology is often cast as the lead role in today’s blockbuster films. Plenty of movies build entire plotlines around technology, whether they take place in our modern era or far into the future. Here, is a look at some of the greatest tech geek movies of all time.

No one has more tech gadgets than Tony Stark. No one puts them to better use, either. You know you wish you had a flying suit of armed armor with a video chat helmet. Jarvis isn’t bad as far as electronic butlers go, either. Iron Man certainly joined the ranks of greatest tech geek movies ever made, thanks to a stellar performance from Robert Downey Jr. and a healthy special effects budget.

There’s a reason this won big at the Oscars; Jesse Eisenberg’s performance takes the digital cake. This film is more than just a great script, though – The Social Network is a must-see for anyone who spends a healthy chunk of time on social media sites. These days, that means most of us. In addition to being about modern technology, the film used some advanced technology of its own. In fact, the Winklevoss twins, 2 prominent characters of the film, were played by one actor, Armie Hammer, who was digitally grafted into two people!

Most of us have at least heard of the MTV series of the same name, but, long before Nev Shulman was Googling other people’s Internet loves, he was in a fake online relationship of his own. Nev’s filmmaker brother Ariel, and pal Henry Joost, documented Nev’s online relationship and his first meeting with this mystery woman. For a technological tale, this documentary takes a surprising turn, straight to the human heart. Among the top tech geek movies, Catfish is in a class of its own.

He may be an easy target for comedians, but James Cameron knows how to inspire theatre goers to head out for popcorn in droves. His latest larger-than-life production was one he imagined long ago, before the technology existed to bring it into being. The story of American occupation in the distant world of Pandora uses a combination of CGI and motion-capture technology that is inarguably groundbreaking, which is enough to make it one of the great tech geek movies. Whether or not the plot reminds you of certain Disney animated features is another story.

At first, viewers might not recognize this film’s dystopian atmosphere, since, in this future, almost all crime has been eliminated. That quickly changes, however, when the protagonist – played by Tom Cruise – is framed as a murder by an anti-crime system run by a trio of gifted humans who can foresee all crimes before they’re committed. To clear his name, Tom Cruise goes to great lengths to outsmart some extremely advanced technology. More than being one of the great tech geek movies, it’s action-packed and mysterious.