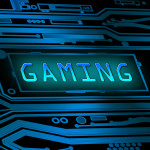 2014 is shaping up to be a groundbreaking year when it comes to gaming, and the competition is fiercer than ever. Not only have some of the biggest companies released their flagship consoles at similar times, they are also looking to pull away fans from opposing gaming systems with similar game titles, specs, software upgrades, and other features.

Coming into 2014, Xbox had one of the strongest followings with the 360 gaming system. Attempting to build on this popularity, the company issued the final release of the Xbox One. While the initial press release of the console’s features and specs was disastrous, Microsoft listened to its fans with a wide array of public statements revealing abilities such as reverse compatibility, the ability to play games without an internet connection, the ability to share games, and a completely streamlined Kinect that now comes standard.

When purchasing almost any Nintendo product, fans are likely going to do it for the Nintendo-specific gaming options. With very little in the way of third-party support for this gaming system, those that are interested in a handheld gaming system with a very specific library will find exactly what they need in the Wii U. Along with the comprehensive Miiverse that allows players to stay connected with one another, Nintendo lovers hold preference to Wii U.

While not as cheap as other handheld gaming systems of 2014, Playstation 4 remains one of the most affordable full-sized consoles available and it definitely does not skimp on the features. The outer appearance is sleek and attractive and will remain exceptionally quiet while the power is on. Many of the games are comparable to the Xbox One, but Playstation has kept its grip on a few exciting titles including the infamous Killzone and Knack.

Few rivalries within the gaming industry are as intense as that of the console gamer versus the PC gamer. What truly sets the PC apart as a gaming system is the ability to constantly tweak and upgrade one’s setup as new technologies and games are released. In the long run it is more expensive, but it is also going to produce the best graphics and overall experience with options like the Acer Predator. With a number of companies now offering streaming and downloadable content for PCs, the final costs could actually be less depending on how much the individual is willing to splurge for new titles.

The PSVita blends the benefits of both full-sized and handheld consoles in a beautiful manner. Players enjoy a nearly unbeatable library with stunning graphics and the hardware to back some of the most impressive games to-date. The standout feature of the VITA is the ability to transfer game checkpoints between the Playstation and the VITA or to even use the VITA as a media center remote after connecting the two systems.