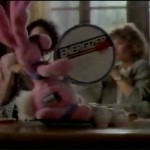 When you think of the greatest commercials of all time, you probably see visions of Coke and Budweiser floating in your head. While these infamous companies have come up with some great video ads, battery commercials haven’t been far behind. Here are some of the best we could muster up.

Veteran YouTube surfers have probably seen the viral videos that show car after car losing control and traction on icy roads. These videos are scary because of how easy it is to put yourself in that situation. This recent commercial from Interstate Batteries takes advantage of that fear by imagining what it might be like to see your own car in danger of being hit by these runaway automobiles. The kid in the commercial rushes to get his car out of harm’s way, but he is thwarted by a dead battery.

Taking a similar theme – that of a dead battery being the difference between escape and entrapment – DieHard ups the ante with this zombie-themed commercial. The spot sees a man and a woman being chased by a horde of the undead. Early in the commercial, the man makes the selfish decision to leave the woman behind. The woman gets free anyway, and the man is punished for his weak morality by getting into a truck with a dead battery. Meanwhile, the woman nabs a truck with a DieHard, securing her freedom. This is a great commercial that takes advantage of pop culture’s current obsession with zombies.

Of course, the notion of a good car battery saving your butt in an emergency is nothing new. Delco was among the first to use a whimsical montage of people escaping tough situations in 1979. Accompanied by a song that is as catchy as anything on the Top 40, the commercial is funny and relevant.

Has any company come up with a mascot as indomitable and recognizable as the Energizer Bunny? The bunny made its debut in a somewhat bland 1989 commercial, touting Energizer’s superiority to other brands, but its takeover of seemingly unrelated ads in subsequent months was what really caught the public’s imagination. The above coffee commercial, interrupted by the long-lasting drummer, is one example of many. A truly revolutionary ad, and one that changed the way people thought about battery commercials.

DieHard makes the list for a second time with this spot from 2010. Featuring underground beatbox artist Reggie Watts, the commercial shows a single DieHard battery powering a panel of high-powered lights, a microphone, an amplifier, and the tools Watts needs to play his music. Not only that, but the battery can still run a car! An impressive commercial that manages to draw in a younger audience while still getting across a powerful message.