This entry was posted on September 5, 2013 by Avel Ureno. 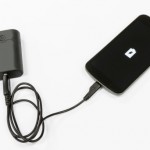 One of the biggest complaints that people have when it comes to using mobile devices is a short battery life. Smartphone batteries can be extended through the use of battery saver apps, but it is important for users to know which ones are worth a download before wasting time on an app that does not do what it is intended to do.

The promise of a longer battery life for a smartphone may seem too good to be true. How can an app make the battery last longer without requiring a user to purchase a new battery? HowStuffWorks explains how that there are two kinds of battery saver apps. Only one of these types of apps is actually effective at prolonging battery life.

Apps that shut off tasks when they try to launch automatically are typically ineffective because the tasks will attempt to launch repeatedly. This ongoing cycle of opening and closing tasks could potentially drain the battery even faster than it would have been drained otherwise.

The more effective battery saving app options will automatically turn off other energy-sucking tasks when they are not in use. These apps specifically target components that are known to be a massive drain on the battery. For example, your phone is probably constantly searching for a WiFi connection, and using quite a bit of juice to do so. These battery saver apps will ensure that the WiFi transceiver is turned off when the device is not in use or you are not near a WiFi signal.

There are dozens of battery saver apps that are available in the Google Play store for Android smartphones, but many of these options do not live up to expectations. The options below have been tested and proven to be effective by the Los Angeles Times.

• Easy Battery Saver allows users to optimize battery life by effectively managing tasks. The app also features a sleep mode that extends battery life to prevent shutdowns at key moments. This reliable app has been downloaded over 20 million times and has a rating of four and a half stars.

• Du Battery Saver gives users the option to put a button on the desktop of their smartphone that shuts down energy-wasting apps with one simple touch. The popular app has earned an average of four and a half stars from thousands of users.

The New York Times explains that it can be difficult to find battery saver apps for Apple devices because of built-in security and control that Apple places on iPhones and other mobile devices. However, there are a few quality options available for people who have an iPhone.

• Battery Boost Magic allows users to learn about how they can improve battery life based on data collected from their iPhone. This allows individuals to see which particular apps are draining their battery the most enabling the user to manually remedy the situation by closing such apps when not in use. The latest version of this app is popular with iPhone users and has earned five stars.

• Battery Saver is an inexpensive option that allows users to view their current battery life and the approximate time that it would take to fully charge their iPhone when plugged in and actively charging. The app also informs users about whether they are overcharging their devices to ensure that battery life is optimized by avoiding this damaging mistake. This app has earned four and a half stars from over 4,000 reviewers.

This entry was posted in Batteries and tagged smartphone battery, battery saver apps on September 5, 2013 by Avel Ureno. ← Previous Post Next Post →