PS4 VS. Xbox One: Which System is Right For You? 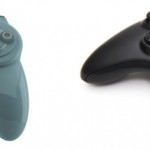 The video game console war continues to heat up with the planned releases of new consoles from Microsoft and Sony in 2013. Although both of these new devices promise exciting new games and hours of online entertainment, the two consoles also have many differences. Gamers who want the best device to suit their playing style will need to consider the strengths and weaknesses of each system before choosing a next-generation console.

Price
For gamers looking for the cheapest option, Sony’s PlayStation 4 holds the advantage. At launch, the console will cost consumers $399; fans of Microsoft’s new console will have to pay $499 for the Xbox One. In addition, gamers will need to pay a monthly subscription fee to use either console’s online gaming network.

Sony also has a wealth of exclusive titles planned for its console, including “Deep Down” and “Knack.” Both consoles will release their own versions of some titles, including new entries in the popular “Kingdom Hearts” and “Final Fantasy” series.

Hardware
The Xbox One and the PlayStation 4 share some of the same hardware specifications. Both consoles operate with an eight-core processor from AMD. These advanced chips will allow game publishers to create games with stunning graphics. Both consoles will include hard drives featuring 500GB of space. In addition, the two consoles can connect to the Internet and use Blu-ray technology.

Online Network
Microsoft’s console requires players to connect to the Internet frequently. If a player fails to connect the console to the Internet within a given 24-hour period, he won’t be able to play offline until he connects to the Xbox network again. The PlayStation 4 doesn’t require an active Internet connection, giving players more flexibility to play their games when they want.

Pre-Owned Titles
The two consoles handle pre-owned titles differently. Sony has decided to not force any restrictions on used PlayStation titles; players can freely share their games with their friends and family members or sell their games back to retailers. Microsoft, however, is taking a different approach by allowing publishers to set restrictions on their own games. Some publishers may choose to not allow their games to be resold or shared.

Motion-Sensing Devices
Both companies plan to release a motion-sensing device to add another way to control the console. The Xbox One will include an upgraded version of the Kinect. The new Kinect will be able to process 2GB of data per second, allowing it to detect even slight motions made by your body. The new PlayStation will also feature a similar device that includes two cameras built into a bar-shaped device. However, this device will not be included with the PlayStation 4 console.

With the upcoming release of these two consoles, gamers may have a tough time deciding which console to buy. Consumers who want better flexibility with their games will probably be happier with the PlayStation 4. For gamers who must have the exclusive and robust game selection Microsoft plans to offer, the Xbox One is the clear winner.

One thought on “PS4 VS. Xbox One: Which System is Right For You?”