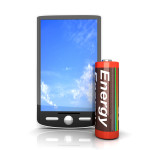 Advancements are always being made with lithium battery technology, but the vast majority of these advancements take years and massive amounts of funding before they ever hit the market. There is one, however, that has already hit the market and could quite possibly be in your smartphone right now.

Have you ever heard of Yi Cui? He’s a former Stanford student who has been responsible for a number of advancements in batteries. Most of his breakthroughs have been for commercial entities, or are still being developed. Some of these advancements include the transparent lithium-ion battery, silicon nanotubes and a water-based battery.

His newest discovery takes the common lithium battery and gives it a slight tweak. This small change allows it to store 20 percent more energy. Not only is this newest innovation already on the market, but the process to get it there was incredibly easy as all of the necessary technology already existed.

Every battery has an anode, or the negative part of the battery. The common lithium battery uses graphite as the anode. While graphite is great because it can store a lot of energy, Yi Cui wanted to make something better. While silicon is known for holding more energy than graphite, the problem is that it swells and contrasts rapidly as ions flow through the anode. This can lead to significant damage after several charges.

Cui has gotten around this limitation by developing anodes made from silicon nanoparticles that have been covered in carbon to keep them from swelling.

This small change creates batteries with 10 to 50 percent more power, but the average increase is about 20 percent. Not only that, but the battery goes on to retain about 80 percent of its charge after 500 cycles. No quite sufficient for cars and larger pieces of equipment, this new lithium battery is great for the smartphone market. While this is exciting news, most smartphone manufacturers are staying quiet about it – there’s even a good chance your smartphone is boasting the new development right now!

These batteries store about 650 watt-hours, while the conventional smartphone battery only holds about 400 to 620 watt-hours. Not only does this mean that your smartphone will last longer, but it will work better during intensive processes like downloading files and playing interactive games.

Cui has also said that he wants to improve the design so that it can retain its charge after 700 to 1,000 cycles, which will allow the battery to enter the market for electrical vehicles and other pieces of equipment. He has secured over $30 million in funding, and given his track record, he’ll probably be able to create such a battery in a matter of years.