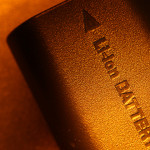 A recently completed scientific study will revolutionize the makeup of lithium ion batteries. It seems that what scientists have assumed is the slowest part of the chemical reaction in the battery is wrong, and it has been wrong for years. Batteries have been designed with the intention of increasing the speed of this reaction, thus speeding up the battery process, hopefully leading to increased voltage output. The mystery is as the chemical reaction time was decreased by new designs, the reaction times were not improved; this was especially true at high and low voltage use of the battery.

How a Battery Works

In a process long used, but perhaps not fully understood, current has been used to assist electroplating and the operation of batteries. The system involves an electrolyte base fluid, usually an acid that has a specially coated plate, usually with carbon, dipped into it. When voltage is applied, a current is developed by the ions from the fluid being attracted to the compound on the plate. When the current is stopped, the reaction reverses, with the acid attracting the ions back into solution. Eventually, the battery will wear out due to fluid loss or rusting of the plates in the battery. The electrodes are porous, meaning they have open areas in their structure that allow for the collecting of electrons in the material that makes up the electrode. The carbon does not change during this process. Lithium ion batteries make use of this process.

In general, if you want to improve the reaction time of a chemical compound, you need to speed up the processes that show everything down. It was long thought the event that controlled the speed of these reactions in lithium ion batteries, the limiting factor, was the speed by which the ions travel from the solution to solid compound on the plate. There are a series of equations, Butler-Volmer equations, developed in the 1930s that can predict the time loss involved in this process. This allows a battery to be designed for optimal ion flow. Or, until recently, so it was thought.

It turns out this theory fails to predict the correct speed flows at parts of the lithium ion battery operation, and these are critical areas such as low and high voltage of the batteries. As lithium ion batteries have become more capable of generating higher voltages, the more the Butler-Volmer equations were out of line. Now, two professors at MIT, Peng Bai and Martin Bazant, have found out why. They have developed a method to measure the speeds of the transfers that occur during the reactions in the battery. It turns out that the ion transfer is not really the limiting factor in this reaction, although it can appear that way at some voltages. The real limiting factor is actually the electronic transfer between the solid layers of the plates. This is the transfer between the plate compound and the its coating. The transfer of ions in solution is almost instantaneous under all circumstances, so does not actually limit the battery in any way.

To truly design lithium ion batteries to reflect the actions at the atomic level, a new set of equations is needed. These reactions are described by the Marcus-Hush-Chidsey equations of electron transfer. This new information will be considered in all future lithium ion batteries and should lead to more efficient batteries that can produce higher currents. It could make battery charged cars much more of a reality than is possible at the current time.