To Infinity and Beyond: NASA's Search for the Ultimate Space Battery 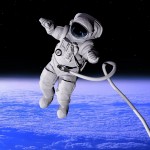 NASA is now on the hunt for a new kind of battery which will keep spacecraft energized throughout new expeditions. This battery will help take astronauts further from earth than ever before. The old batteries that use hydrogen and lithium simply aren’t going to cut it for these future travels where astronauts will be embarking on record distances from the Earth.

NASA recently announced that it is offering up to $250,000 for alternative battery solutions that can be implemented for use future deep space and Earth missions.

Plans for Next 18 Months

Over the next 18 months NASA is planning on launching a huge research initiative in technologies that will tackle some of the key obstacles that arise for achieving safe and cost-efficient deep space travel. NASA will be selecting approximately four proposals under two main categories. The first includes upgrades on current battery technology that will enhance its current capabilities for components such as cell integration and chemistry packaging. The second area will focus on solutions and proposals that will exceed the current known limitations that exist with lithium batteries.

Battery development plans will be conducted by the Department of Energy as it funds over $120 million into labs, research facilities and private companies in the United States throughout the span of 2012 and 2017 for the development of battery technologies. With many positive battery development proceedings already underway, it looks like the competition is going to be interesting. There has already been a significant amount of time, energy and resources poured into lithium batteries for use in their vehicles and rockets, and now they are definitely going to be looking outside of that range for other solutions.

All of these initiatives make sense not just for extended deep space exploration, however. They also coincide with ongoing efforts by NASA that have already been underway for awhile to reduce it’s reliance upon and usage of liquid fuel. Due to liquid fuel’s finite nature and the expense that is associated with transporting it into space, this has been among NASA’s priorities for some time. In fact, some of the space equipment is already implementing various alternatives for traditional liquid fuel such as solar energy technologies and small scale nuclear reactors. In addition to this, there have already been proposals submitted for creating fueling outposts on the moon and other nearby planets, where robotic equipment could mine the resources there and refuel spacecraft for another leg of the journey.

At this point NASA has already developed current alternatives to conventional batteries which they say can match or surpass the energy storage capacity of chemical batteries that have been used traditionally. Due to relatively recent advances in strong and lightweight composite materials and magnetic bearings, NASA has developed Flywheel Electromechanical Batteries that work through the use of an electric motor. The electric motor spins a metal disk that charges energy, which runs a generator. The generator take the kinetic energy from the spinning metal disk and converts it into electricity.