How GPS Technology Has Changed Society 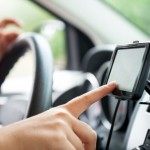 Global Positioning Systems have been around in some form or another since the early ’70s, and prototypes for the technology trace their origins several years earlier. Recognizing the need for a more sophisticated form of navigation, the U.S. Department of Defense ran the first GPS with 24 satellites, bringing the project operational by the ’90s. Through modernization efforts in the early 2000s, this technology has emerged as the forerunner of day-to-day navigation. Today, Global Positioning Systems are ubiquitous, found in everything from cell phones to car navigation systems.

The presence of these devices has revolutionized travel, allowing people on-the-go to look up local businesses or find quick alternatives to problematic routes they encounter. Stopping and asking for directions has become an anachronism, and while this technology has dozens of military uses still today, it is its mundane simplification of travel that it is most recognized for.

GPS has even seen recreational uses. With the prevalence of this kind of technology, a new recreational activity called geocaching is on the rise. During the activity, participants utilize Global Positioning System technology to locate a container that another person has hidden. Once found, the participants add their own names to the log and return the container for the next group to find. Some people may also hide small trinkets for the next adventurer. While this kind of technology was originally designed for important military and scientific endeavors, the fact that there is now an entire recreational activity based around it serves to illustrate its commonality in the modern world. While many people take this kind of technology for granted, only some understand how it works.

How Does It Work?

A GPS device uses signals from satellites in orbit to calculate a given location using the delay and positioning. By calculating the time in between by utilizing navigation equations, the location is then determined via a map panel or through latitude and longitude. These systems do not rely on a single satellite, however; four or more satellites work together to find an intersection, providing the user’s location accurately. The boon GPS technology presents to the military is staggering. Units can find and secure objectives even while running blind and mark targets for tracking purposes without immediately assuming hostility. Recovering injured soldiers or downed aircraft is also far simpler with these devices, and the usage of this technology in missile guidance allows for precision striking, minimizing collateral damage and ensuring successful objectives.

With today’s reliance on this kind of technology, GPS-ready devices may be taken for granted or seem foolproof. However, as with all technology, a GPS device can go afoul without a properly charged battery. While these devices might keep a person safe in the event of getting lost, they won’t do a thing if they’re out of energy. Before going out and about into the great outdoors, make sure the battery is fully charged, and look for energy-efficient models to get the longest charge possible.

This entry was posted in Batteries and tagged GPS technology, GPS batteries, how does GPS work, impact of GPS on July 18, 2013 by Avel Ureno. ← Previous Post Next Post →

2 thoughts on “How GPS Technology Has Changed Society”