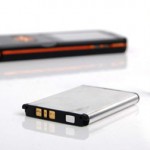 Lithium-ion batteries have become a commonplace invention in our most treasured electronics. Pound for pound lithium is some of the best materials to create rechargeable batteries from. We use these batteries in almost anything with a rechargeable battery, PDAs, cell phones, iPods and laptops. The energetic lithium can also be quite volatile in the case of a failure. It is amazing how much we rely on lithium ion batteries, but how do they work exactly?

The Advantages of Lithium Batteries

Lithium-ion batteries are popular for several reasons. One good reason is the weight as compared to other batteries. The electrodes in these batteries are made from carbon and of course Lithium, both of these are fairly lightweight substances. Due to Lithium being so volatile, it can store vast amounts of energy in the atomic bonds it forms. This highly reactive element means it has a very high energy density when compared to other forms of batteries.

To get a good perspective, a lithium-ion can hold up to 150 watt hours of electricity per kilogram. A nickel metal hydride (NiMH) battery can typically hold less than half of that per kilogram. Another battery, lead-acid batteries only hold about 25 watt hours per kilogram. This difference is a huge amount when it comes to weight and functionality. It would take twice as many NiMH battery material to meet the lithium-ion, and six times the lead-acid battery. Of course, those batteries have their uses as well.

Another advantage to lithium-ion is the battery charge. These batteries keep their charge better than almost any other material. Generally, a lithium-ion battery will lose only five percent of its charge per month without active use. A NiMH battery loses four times the amount at about twenty percent each month. Aside from holding the charge, lithium-ion batteries can also handle several hundred charge and discharge cycles.

The Disadvantages of Lithium Batteries

Lithium-ion batteries also have a unique structure that does require a memory effect. This means that they do not require a complete discharge and recharge for being used. Most other batteries have this requirement. These advantages are good points, but do not mean they are flawless. One disadvantage of the lithium-ion battery is degradation. As soon as they leave the factory these batteries degrade over time. High heat is also a problem to lithium ion batteries, it will cause them to degrade at a higher rate.