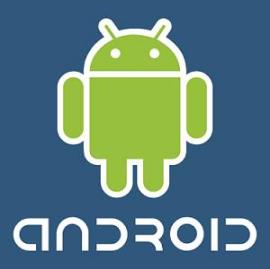 September 17 nears and anticipation builds as the supposed release of the Google Android dubbed the G1 goes into pre-sale that day. People are already began to say it will rival the Apples – AT&T’s iPhone or will it?. The phone hasn’t hit the market yet and there has already been a lot controversy over the phone. The Android’s development team is displeased with the overall development of the OS and Googles lack of support to say the least.

What is all the hype about?

Rumors have it that it will include a large 5in x 3in touchscreen (larger than iPhones 3.5in screen), a sliding QWERTY keyboard, 3.0 megapixel camera, 3G data plan and plenty of apps that will make users very pleased. The Android will be available for $150 for existing customer and $350 full retail. Take a look a YouTube video that was released on the phone. It is very grainy and hard to tell what the phone is really like but it is, at the moment; the only video.

What is the downside?

There is a time and place for everything is this world and Androids timing may not be the best thought out. The bar has been set with the iPhone’s unprecedented sales and Symbian going full open source, where does that leave room for the Android at the present time. Essentially what I’m saying: our plates are full and we are trying to digest all the recent technological releases and advances. Not to mention, the T-Mobile’s 3G data network will only work in New York and Las Vegas. A definite setback to others around the country, although T-Mobile is working diligently to get the service up and running in 20 something other cities by years end.

Not to sound cliché but only time will tell what the future holds for the Android. Ok, so I did sound really cliché.

This entry was posted in New Technology and tagged T-Mobile, cell phone, Google Android on August 13, 2008 by Avel Ureño. ← Previous Post Next Post →