This entry was posted on September 2, 2008 by Avel Ureño. 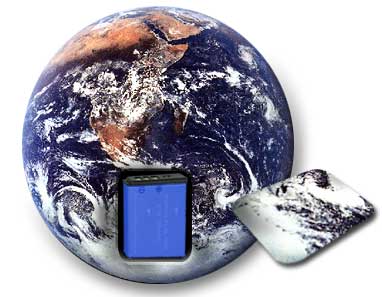 Convenience Runs On A Battery

As the first decade of the 21st century winds down we as a people find ourselves living a more and more mobile lifestyle. With so many people on the go, consumer electronic manufacturers have more than accommodated (if not antagonized) this lifestyle with a plethora of devices for everything from conveniently carrying entire libraries of music everywhere we go, to checking that urgent email while in an elevator, or guiding us turn by turn anywhere we need to go without ever getting lost. Think about it, how many things do you own that run on a battery? Let's face we are a society of convenience…and in today's society convenience runs on a battery.

Battery life is one of the least considerations consumers’ think of when buying that new device, primarily because it is the least area of focus companies’ use when marketing their new product. The effect is that consumers are left with a sour taste after buying that new device only to find that the battery simply does not last as long as it should. To add insult to injury they find that the company either charges an exorbitant amount for the battery (a large fraction of the cost of a new device) or if the device is more than a few years old they no longer even carry the battery for it. So what’s a consumer to do?

More and more consumers are turning to aftermarket batteries. Aftermarket batteries are simply OEM equivalent batteries designed to meet or exceed the original specifications at a fraction of the cost. Similar to comparing the active ingredients of a generic medicine to a name brand you will see they are identical in most cases and can cost as much as 60% less! Not only that, batteries for older more obsolescent devices are still in production by aftermarket battery manufacturers. However; the batteries for the “hot off the presses” devices are not immediately available as soon as the device hits store shelves.

Nice To Meet You

The way an OEM (original equipment manufacturer) battery works is that it must communicate with the battery to ensure compatibility. Basically the battery and the device (digital camera, camcorder, laptop, pda, mp3 player, ipod, cell phone, etc.) greet and “shake hands”. The device asks the battery a question and if the battery gets it right then you have power. This is the problem posed to aftermarket battery manufacturers. This “question” asked by the device and the “answer” from the battery is encrypted by the company making the battery, in effect, proprietary. So in order for an aftermarket battery maker to recreate the original battery, they must crack this code. This takes time depending on the complexity of the code (and the skill of its developers). Some batteries can be cracked and into the market within a year and some batteries could take up to two years to work around the code.

Ok so it could take awhile before an affordable, reasonably priced battery could be released for your device. What can you do in the meantime?

Do your research.
Read read read! Read everything you can from several sources about the battery performance and expected life span from people who have actually tested the devices BEFORE you make your purchase.

Take care of your battery.
While with the advent of Li-Ion (Lithium-Ion) and NiMH (Nickel Metal Hydride) batteries we no longer suffer from the incurable “memory effect” of NiCD (Nickel Cadmium), it is still wise to only charge your battery as needed by letting it drain as much as possible before charging and when charging let it charge fully before unplugging. Charging overnight is the best way. But be wary, leaving your battery on charge too long can have a devastating effect as well. A good rule of thumb is that a battery is good for about 500 charges before needing to be replaced.

Overcharging your battery can shorten the overall life of the battery, the life between charges, or cause the battery to overheat and burn up. When it’s fully charged, unplug it. Also, the car chargers that work from the cigarette lighter are a “rapid charge” which means it can give you a good amount of battery life in a short amount of time but if used as the primary charging method can also shorten the overall life of the battery. Hopefully with these tips your battery will last until the more affordable aftermarket version becomes available.

2 thoughts on “Aftermarket vs. OEM Batteries”