A Breakthrough in Battery Technology 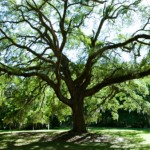 In fact, that battery is more than a fantasy. A team of researchers at the University of Maryland has developed a battery that uses wood – yellow pine, to be precise – as a substrate, reporting that the use of wood fibers avoids major problems that have long plagued some batteries.

News reports that followed the researchers’ announcement seized on the notion that the product amounted to a “wood battery,” but that is not quite the case. In fact, the device took a tiny sliver of wood and coated it with a continuous film of tin, the metal serving as the battery’s anode. Sodium serves as the battery’s cathode. Wood was involved, but it served as one component of a battery that was an example of a well-known technology: the sodium-ion battery.

The basic configuration of a sodium-ion battery is not new, and sodium has a number of advantages over the lithium, currently in widespread use. Sodium is much more abundant, cheaper and less harmful to the environment than lithium. There are also disadvantages, however, that have hampered the development of sodium-ion batteries.

When sodium ions travel through the tin anode, that anode expands and contracts, changing size by up to 420 percent. That cycle wreaks havoc on the brittle substrates that are in common use, and, as a result, sodium-ion batteries are unable to endure more than around 20 cycles of charging and discharging.

To the researchers, wood was an interesting candidate for the substrate because of the way it functions in nature. “Wood fibers that make up a tree once held mineral-rich water, and so are ideal for storing liquid electrolytes, making them not only the base but an active part of the battery,” one researcher said.

For the wood battery, the research team used a miniscule piece of wood, some thousand times thinner than a single sheet of paper. They found that the wood was flexible enough to endure the stresses imposed on it, serving as a tiny mechanical buffer against the changes in shape, and that the porosity of the wood’s fibers made it easy for ions to travel within the battery.

The researchers reported that the wood battery withstood over 400 charging cycles, eight times the capacity of the typical sodium-ion battery.

That longevity may make the wood battery part of the solution to the problem of large-scale energy storage, especially in the context of renewable sources. Since sources like solar and wind tend to be intermittent, storage of their output is critical. An option like lithium, though it makes sense on a smaller scale, does not translate well into large scale use in light of its expense and environmental impact.

So as we look to the future of renewable energy, could wood be the answer?