6V Battery Hack Isnt All What Its Hacked Up To Be 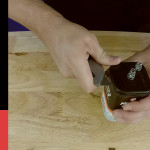 I search Youtube a lot for inspiration and I found something that spoke to me. There are many videos of people hacking 6V batteries to find another type of battery inside of them. Like a hidden treasure if you will. Being the destructive self I am, I decided to do my own 6V Battery Hack. Watch batteriesinaflash video for the results.

After watching the videos of inspiration. I decided to grab 4 different brands for my experiment. The video show a person opening a seemly nondescript 6V lantern battery and is able to score 32 AA batteries. This is amazing and I wanted to try it too! The batteries took different tools to get them open but I conquered! I ended up using a pair of large dikes, hack saw and a flat head screw driver not shown in the video. One you get through the first battery you will have the idea on how to get into the rest of them.

Brands I Used For the Experiment

aWhen conducting experiments it’s important to have a control. My control was the same battery that they used in the video. A store brand battery that was recycled by a customer from Walgreens. The other batteries included a Energizer 6V battery, a Rayovac 6V battery and a completely generic 6V battery. Ultimately it doesn’t matter which brand I used, the results would of ended up the same. 1

The Results of the 6V Battery Hack

So as you learned there were no AA batteries in any of the 6V batteries that we hacked. That does not mean we did not score. The d cells can be useful for other things and the F cells can be used for other projects. That will be another post though! Look forward to fun projects with them.