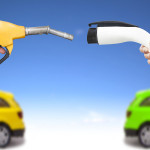 Cars aren’t the only thing making the switch from gas to electricity. From lawnmowers to entire power plants, the gas engine is being replaced by batteries for a more efficient way of powering items.

Let’s examine why some items run better with batteries before looking at the numerous items being redesigned to work on electricity.

Why Switch to Batteries?

Batteries and the use of electricity represents a better solution for many things over combustion engines. Electrical items provide the same mobility as traditional tools, but they’re quieter, produce less heat and tend to be more efficient in their usage of energy than their fossil fuel-burning counterparts.

Depending upon where you live, the use of electricity in place of gasoline may be more convenient and cheaper. You only need to plug the battery in to the wall to recharge it, which means that there’s no reason to run to the gas station.

You now have a general idea as to why electricity can work better, which makes it possible to understand the practical use of batteries in place of gasoline.

Let’s examine some of the battery powered items that were formerly powered by combustion.

The most common designs for gas-powered leaf blowers have them sucking in air through the sides to cool the engine before forcing it out the front. This 90-degree turn brings a significant amount of waste into the equation due to the heightened amount of air resistance experienced.

Battery powered leaf blowers, due to the decreased amount of heat produced during their operation, don’t require this. They can use the most efficient path for air to travel, which is straight from the back to the front, which means that they require less energy to operate.

Most trimmers employed in edging lawns are bulky or burdensome. Gas lawn trimmers are heavy, while electric trimmers tend to enjoy less mobility without miles of extension cord.

Lawn trimmers that work on batteries enjoy the unique advantage of being up to 28-percent lighter than their gas-powered counterparts. Because they use batteries, you can charge them and use them until they run dry. This can make yard work easier than ever before.

If you’ve ever tried to start a gas-powered chainsaw, you’ve likely found that it takes several tries before the motor fires up.

Battery powered chainsaws can start on the first press of the button. When they incorporate the use of lithium-ion batteries, they can continue to run long enough to trim branches and cut down several trees.

Gas-powered lawn mowers are loud, dangerous and tend to become less reliable as they age. This means that you have to deal with costly maintenance of the combustion system, while still needing to maintain the actual parts of the mower responsible for trimming your grass.

Electric lawn mowers circumvent a number of these problems. Because they operate on batteries, they can go anywhere. With enough capacity in their batteries, they can handle large, rugged lawns while adding significantly less noise pollution. Your neighbors may not even hear you mow with one.

Solar energy is free and produces markedly less greenhouse emissions than combustion engines. Their only problem is that these systems only produce energy while the sun is visible.

To circumvent this and to replace things like diesel generators, batteries are being used to store electricity until it needs to be used. This enables a cleaner, quieter and more efficient way to produce electricity.

The largest consumer of gas and other combustibles are the things used to produce electricity: power plants. They share the same pitfalls that tools using combustion engines do, but they apply to a much larger scale.

Combustion plants work in such a way that they produce a certain amount of electricity based on the amount of fuel put in to them. This requires utility companies to constantly monitor and regulate how much energy gets produced to reduce waste.

Smart electricity companies are scaling back on their power plants to use large batteries in their stead. This allows their plants to run continuously, which in turn allows for less electricity to be wasted.