5 Reasons Energy Conservation Should Be a Top Priority This Year 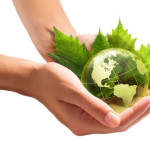 Energy conservation is an admirable concept that can have far-reaching effects. If you’ve long wanted to help save the environment while saving money, you’ll need to develop more efficient daily habits. Here are five superb reasons for making energy conservation a priority as in the New Year.

Conserving energy will allow you to save money on your utility bills each month. You can accomplish this by using energy efficient light bulbs and setting your thermostat just a bit lower during the winter. If you’re feeling especially motivated, you might ensure that your house is properly insulated. You can also buy energy-efficient kitchen appliances. Newer refrigerator models, for instance, will use much less electricity. You can likewise save money by using public transportation a few days each week. By filling your gas tank less regularly, your bank account will remain in better shape.

Energy conservation is also critical to the overall health of the planet. When certain measures are taken, pollutants can be more easily controlled. In large cities, in fact, air pollution may already be a significant problem. By keeping various particulates out of the atmosphere, you’ll be helping people with pulmonary problems. Individuals who are especially prone to allergies or asthma attacks will appreciate the effort.

By paying careful attention to your monthly energy usage, you will be part of a communal effort to save the planet. With climate change expected to become even more severe in the coming years and decades, various environmental organizations have asked people to reduce their carbon footprints whenever possible. Combating climate change will help prevent catastrophic natural disasters in the future.

By using less energy, you’ll also be helping the United States move away from older energy sources. Fossil fuels, especially coal and oil, are significant polluters of the environment. Nuclear power plants, which produce highly radioactive waste, are also dangerous. Nuclear waste, in fact, can pollute aquifers and lead to higher incidences of cancer and other serious medical maladies. If you live in a warmer area of the country, you might consider adding solar panels to the roof of your house. By eschewing traditional sources of energy, you can both save cash and protect the surrounding ecosystem.

Finally, cutting down on your home energy use can be beneficial to the other creatures that call Earth home. In a world where pristine wilderness areas are being rapidly gobbled up by developers, thousands of species are either threatened or endangered. When less carbon dioxide is released into the atmosphere, critters of all kinds will have a better shot at survival.

By using less energy in 2014, you can save money, decrease pollution, preserve the atmosphere and work toward saving endangered species. When you make a few simple changes to your lifestyle, you might also inspire others to make smarter choices in the months and years ahead.